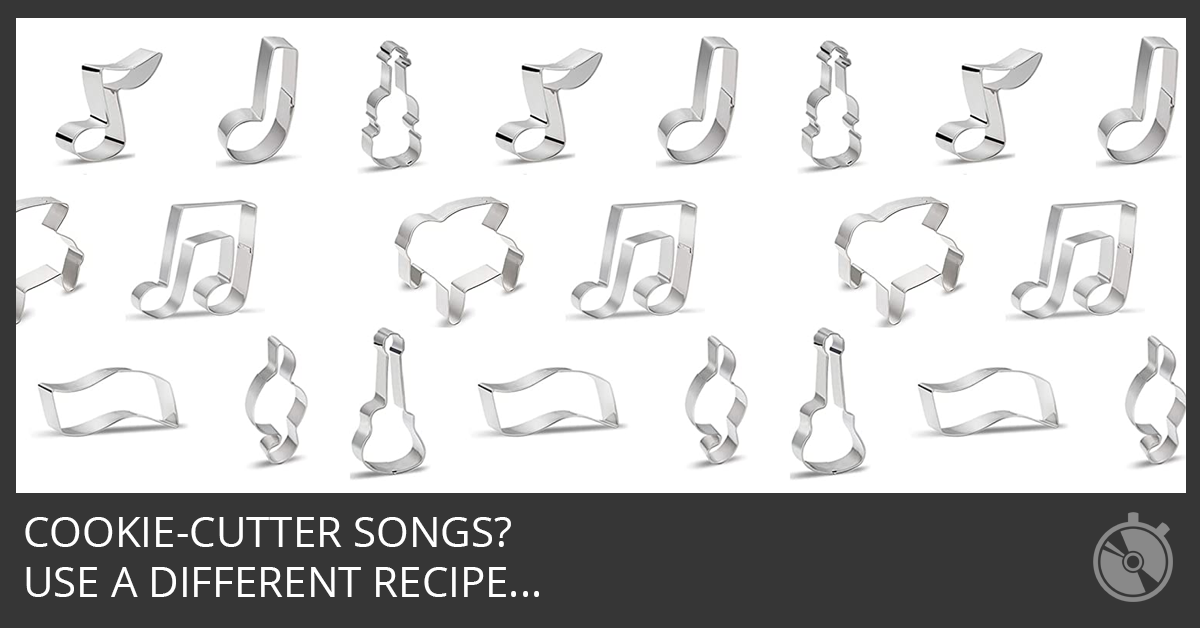 Now and then, I get a comment about Speed Songwriting that goes a little something like this…

“Great…more cookie-cutter songs…there is no formula to writing great songs.”

Ironic how this comment is entirely unoriginal, and you could say it follows a formula and is cookie-cutter. 🙂

Speed Songwriting is not a formula. It’s the underlying songwriting code. Every song needs a chorus, a verse, lyrics, and music, etc.

Much of the confusion comes from not seeing how the pieces fit together and how writing in a specific order will improve your results and finish your song faster.

Speed Songwriting is the secret recipe that makes songs work.

I get that songwriters don’t want to sound “formulaic,” but that’s a wishy-washy way of getting what you want. Because when they point to a song they think is formulaic, they usually point to a successful song. lol

Don’t throw out the baby with the bathwater. Don’t avoid common chords or song structures because you’re afraid of sounding like someone else. We all use the same 12 notes. Investigate what everybody does with these 12 notes. Don’t avoid one of the notes because it’s been used before (duh).

If you want to avoid creative work pitfalls, like frustrating creative blocks and negative self-talk, follow a process that works. Use your unique experience and the art and science of music to create songs that make you proud.

I love the “F” word. The people it triggers are using the same formula as everyone else, but they want to seem above it all. Insecure much? 😉

Let other people attempt to write songs without using any of the structures and techniques essential to songwriting.

It would be best if you did something different.

Do this instead: Speed Songwriting